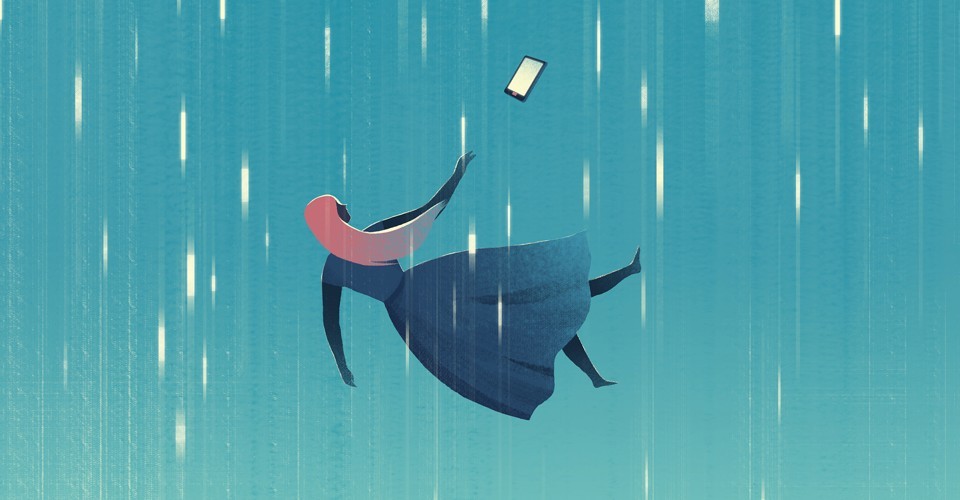 A couple of weeks ago, I came across an article in The Atlantic titled, “Have Smartphones Destroyed a Generation?” Normally, these alarmist headlines tend to make me skeptical, but the subhead pulled me in: “More comfortable online than out partying, post-Millennials are safer, physically, than adolescents have ever been. But they’re on the brink of a mental-health crisis.” That sentence rang true to me (and, as a father of four post-Millennials, tweaked all kinds of inner fears), so I dug in for a long read.

The article – and forthcoming book, iGen – paints a picture of a dramatic shift in teen behaviors and emotional states. The author, Jean Twenge, a psychology professor at San Diego State University, has been studying generational data for decades and has never seen anything like it. “Around 2012, I noticed abrupt shifts in teen behaviors and emotional states,” she writes. “The gentle slopes of the line graphs became steep mountains and sheer cliffs, and many of the distinctive characteristics of the Millennial generation began to disappear.”

“The more I pored over yearly surveys of teen attitudes and behaviors, and the more I talked with young people, the clearer it became that theirs is a generation shaped by the smartphone and by the concomitant rise of social media. I call them iGen. Born between 1995 and 2012, members of this generation are growing up with smartphones, have an Instagram account before they start high school, and do not remember a time before the internet.”

If that sounds like the demographics in your household, pay attention. Twenge argues that the smartphone, certainly among other factors, has played a defining role. The data pivots in 2012, the same year when more than 50% of them owned a smartphone. The impact on their activities and behavior has been dramatic, both for good and for bad. Some examples:

So what are they doing with their time? “They are on their phone, in their room, alone and often distressed,” Twenge says. One of the teens she interviewed for the book told her, “I’ve been on my phone more than I’ve been with actual people,” she said. “My bed has, like, an imprint of my body.”

But the frightening thing is the impact it’s having on them. You might think that spending all this time on Snapchat and Instagram and Facebook would be making them happy, but everything points in the opposite direction.

“When teens spend more time on smartphones and less time on in-person social interactions, loneliness and depression are more common. Eighth-graders who are heavy users of social media increase their risk of depression by 27%, while those who play sports, go to church, or even do homework more than the average teen cut their risk significantly. Teens who spend three hours a day or more on electronic devices are 35% more likely to have a risk factor for suicide.”

The article continues to paint a compelling (and gloomy) picture, and it’s very worthy of reading and will hopefull spark some engaging conversations. The statistics seem beyond reproach: just spend a few minutes with this chart, and you’ll see how these trends are intensifying. But with this awareness comes understanding, and understanding can provoke action. We need to help them better understand the long-term impact and encourage them to limit time and use.

There is hope. The data indicates that any reduction in the amount of time spent on devices has a positive impact. The challenge is to make it happen.

Twenge suggests, “The correlations between depression and smartphone use are strong enough to suggest that more parents should be telling their kids to put down their phone. As the technology writer Nick Bilton has reported, it’s a policy some Silicon Valley executives follow. Even Steve Jobs limited his kids’ use of the devices he brought into the world.”