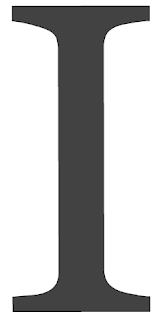 The next issue of Time magazine sports a graphical representation of what is on Paris’ mind having just been released from the pokey. In her hour-long interview with Larry King, Paris recalled her 23-day incarceration and gave the world great insight into what she’s really thinking about.

To illustrate, Time compiled all the words she used in the interview, noted how many times each was used, and then graphically represented the results.

The finished product isn’t all that surprising, but it does initiate a nice “Aha!” moment: the creativity behind such a simple idea is clear and communicates the concept flawlessly.

John and Nancy, two of our friends from Cincy, have just taken their brood to Spain. Normally, this would be little or no cause for excitement. But this is John, crafter of Christmas letter messages so tightly woven that they’re gladly shared amongst people who don’t even know them. I’m not even certain if you can fathom the thought, since so many Christmas letters are filled with items like, “Peg broke her leg again when she was computing in the sectional finals of extreme hula-hoop and Bobby finally got his wisdom teeth… left side, uppers.”

The Evans’s letters, on the other hand, contain tidbits that (while possibly just as mundane) have a flair that is rarely seen outside of… well, it’s just rarely seen. Anyway, you can know get a small sample of a classic Evans tale by visiting their blog and reading a few short postings on their trip to Spain. Seriously, if you’re in need of a good chuckle, this is a good place to start.

For the life of me, I can’t understand what’s happening in American politics. Who is advising these people? Yesterday I was dumbfounded that Mike Gravel released two “campaign” videos that were metaphors for… something. The first was three minutes of Gravel staring into the camera before he walked over and lobbed a stone into a pond and walked away. The second was nearly seven minutes of a small, smoldering camp fire.

Today we find out that Hillary has finally selected her campaign theme song (after a dramatic, breathless internet vote!). The winner? Celine Dion’s “You and I.” Maybe they’ll elect her Prime Minister of Canada, instead. (One can only hope.)

So I guess the next item was an attempt to re-connect with America. And what is America talking about? No, not the war. No, not illegal immigration. No, not taxes or Congress or terrorism. Give up? The Sopranos. That’s right… Hillary and Bill have created their own spoof of the Soprano’s season finale.

I suppose it can only get worse. At the Caucus blog at www.nytimes.com, Kate Phillps quickly judged that it “by far, represents the best campaign spot we’ve seen this season.”

[See the Hillary Soprano Spoof (Or not; you’re not missing anything.)]

Mike Gravel is running for president… for real. And he’d really like you to vote for him. Since we’re in the midst of some dangerous and trying times for our country (we have military personnel in harm’s way, we have people who are devising new ways of killing us, we have people in droves crossing our borders illegally, stuff like that…), Mike wants you to know he’s a serious guy. So he’s taken the advice of a couple of teachers (who teach art and technology, I think) and posted some videos to help you better understand who he is, where he stands, and why he thinks he should be the next President of the United States.

The two videos could be titled “Rock” and “Fire.” I don’t know if they are, but they could be. They could also be titled “I’m” and “Friggin’ Nuts.”

It was a day like most others: the weather was fine, the grass was growing, the kids were bored.

So a plan was hatched. A diabolical, can’t-lose, makes-you-chuckle-just-considering- the-possiblities plan.

And I did what only makes sense: I grabbed the camera.